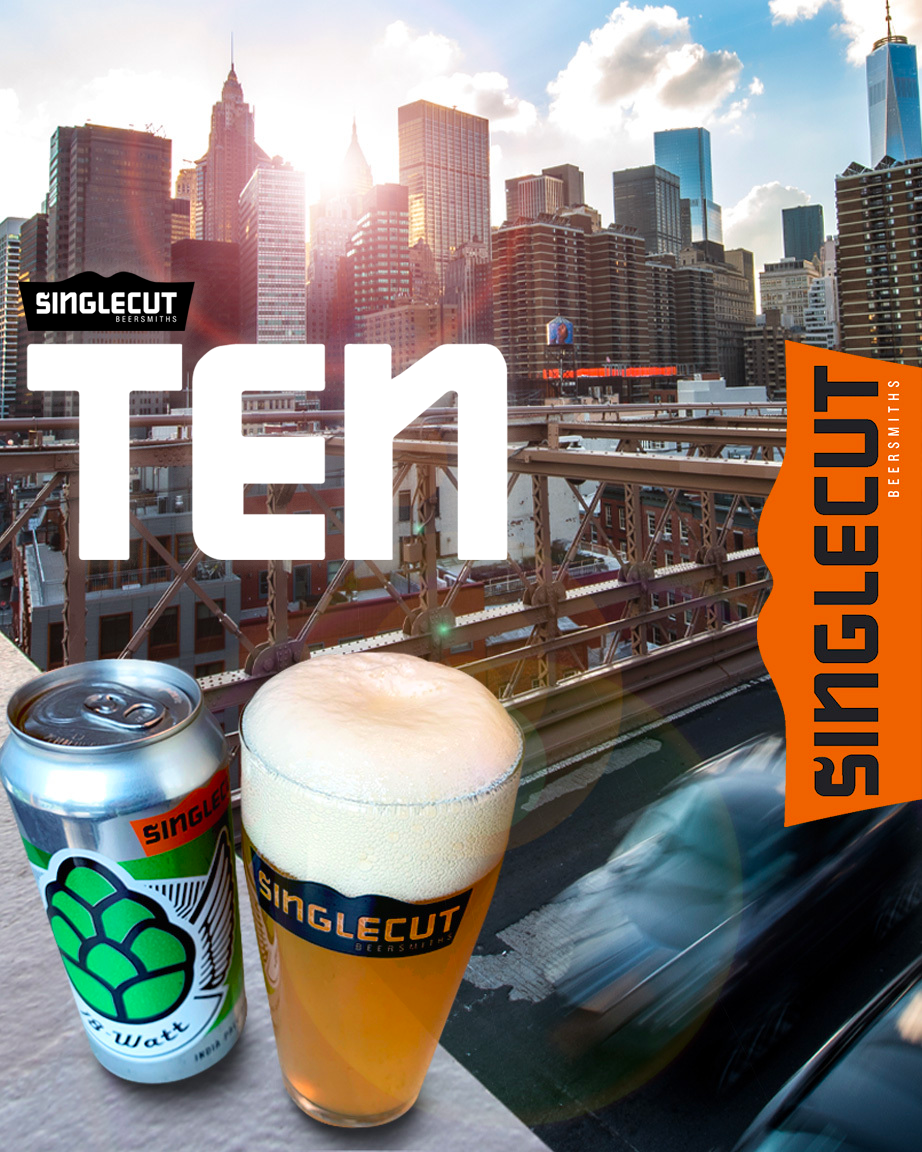 When we set out building a brewery in NYC more than ten years ago– we had a few goals in mind. 1) Make traditional and insanely fresh lager right here in Queens, 2) Have a place to store all of our guitars, amps, and overflowing stacks of records (this was a selfish goal, we admit), and 3) Make bold, uncompromising, palate-shifting IPAs, 365 days a year- especially ones with reasonable ABVs.

Come early 2013, we delivered on that third goal, and with style, because we brought 18-WATT IPA into the world.

Our “redefinition” of the session IPA was just that- a new take on a style that we loved for it’s weekday friendly strength, but so often was void of great aroma, lacking any kind of balance, and often tasted like the brewer just watered down a better beer. That wasn’t what 18-Watt was, not by a mile.

Clocking in at 5% on the dot, this was our new spin on a style with such promise.  Through trial, error, and many late nights of quality control / listening to The Cult records really loud, we developed a workflow that could deliver all the aroma, flavor, and attack of a double IPA, but without the night ending amount of booze (nothing wrong with a hop-soaked power bomb, but there’s a time and place for everything).

The malts are preciously selected- this is the stage for everything else, so it better be level and sturdy. The hops are obsessed over- this is the tone and flavor of this beer, they’ve gotta be on point and not over the top. The yeast… well, that one’s a secret. All together, we’ve got a wham-bam of immense tropical citrus aroma, sparking off memories of sweet grapefruit juice, tart OJ, fresh cut fir needles, a long a subtle slick of fresh cut pineapple, a light breadiness to remind you this is a beer (and a good one), followed by a clean bitter resin finish, because this isn’t a watered down also-ran of a beer… this is an IPA, and a daaaaaamn good one.

In those nascent years, 18-Watt was filtered, as was the style at the time, but we quickly fell in love with that version we’d drink straight out of the tank, and committed to serving 18-Watt in its naturally unfiltered form in 2017- and since then, it’s been nothing but the finest dry-hopped drinking for Team SingleCut and all of our friends across the US and beyond.  This is our everyday beer, a beer born right here in NYC, and just like our native city- it’s like nothing else in the world.

Here’s to 18-Watt IPA- may you live long, and keep blowing peoples minds for another 10yrs, and many more beyond.