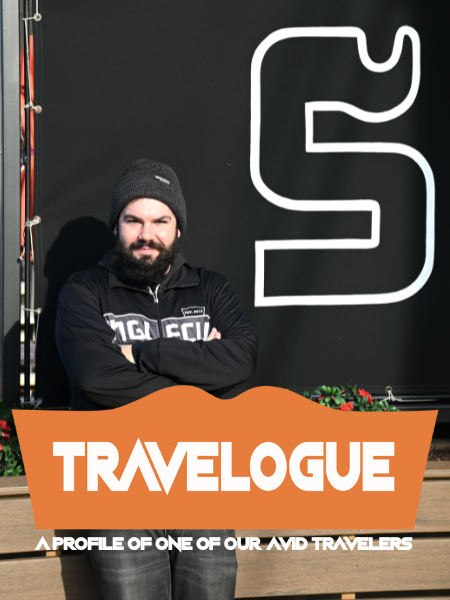 Some cities just got it better. Not all microclimates nor microbrewery scenes are created equal, and sometimes the Venn diagram of “Nice Living” and “Nice Drinkin’” overlap… a lot.

So is the case for my ancestral homelands, the rolling hills of beautiful San Diego, California. This is a city built with a Mission (that’s a San Diego pun, for ya): have a whole lotta great beer and a whole lotta sunshine. These two precious commodities are in such abundance, it’s easy to take them both for granted. Wildfires, earthquakes, and any chance of a keto-friendly diet aside, there are few places in this big country where you’ll find more world-class and approachable beer and more incredible, beer-friendly cuisine than in self-appointed “America’s Finest City”.

Now, as a long-time ex-pat of the city, I’ll give you my mea culpa up front: there’s a lotta nostalgia at play here, and I’m certain this handful selection of my favorite haunts could be greatly improved by some of you SoCal scenesters- so let me know! Send your list of the best San Diego brewery and burrito stops to the old inbox, quality@singlecut.com. Without further ado- PART 1 OF 2 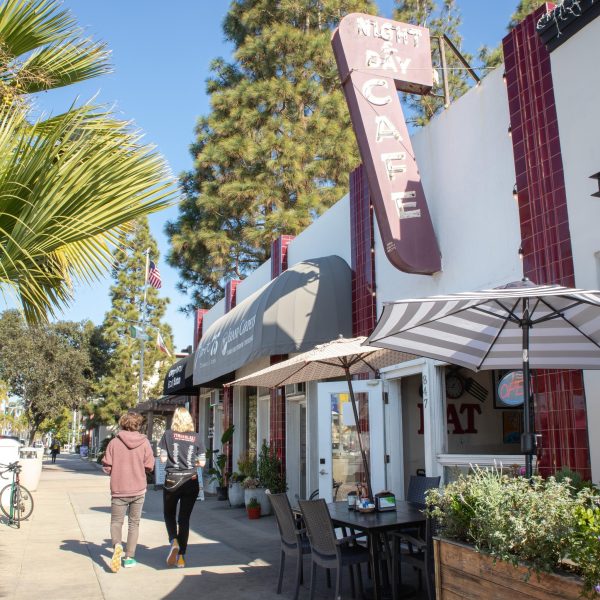 I can’t stress this enough people: base layer, base layer, base layer. For a New Yorker abroad, the eternal search for a reliable diner is a tough journey in San Diego. The omni-present drive-thru handles the late night food needs in SoCal, so diners morph into the “coffee shop” style- open for breakfast and lunch, then usually hanging the “closed” sign around 4ish.

Get started early with this institution located on beautiful Coronado Island (technically a man-made peninsula sitting in the middle of San Diego bay). Home to the legendary Hotel Del Coronado and the US Navy Pacific Fleet, it’s also a tourist hot bed with millionaire homes and gorgeous family-oriented beaches. But let’s get back to the grease-

Night & Day Café scratches that short order diner itch, albeit with, dare I say, a much better pancake service than NYers would come to expect for our local diners. If you’re only doing breakfast, you better do it well, and Night & Day is a legend. Come alone or with 1 fellow traveler, because big groups don’t work here- it’s tight and hot, and saddling up on a vinyl stool and getting pancakes, hash, and very respectable diner coffee is the name of the game.

Walk off the “-itis” a block away on the beach, then head back over the bridge to Liberty Station. It’s time for some beer.

Let’s not go too far down the rabbit-hole: Stone may not be indie anymore, but they paid their dues and deserve some respect. They’ve been slinging quality since ’96, a big year in San Diego brewing lore, and the beers are still outstanding. Clean, consistent, intense. Maybe they’re not the “baddest pint in town” in 2022, but I’m not looking to have my taste buds hop scraped at noon time, so who cares?

Grab a classic Pale Ale, the “desert island worthy” Stone IPA, or a surprisingly perfect Buenaveza Lager, and get in line for their gorgeous bocce court. You’re not too old, and it’s not too hoppy. 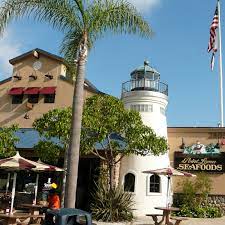 Sun bleached blonde hair and sunglass strap tanlines are a rite of passage in some parts of San Diego, and Point Loma harbor is the Mecca.

Point Loma Seafood is a tourist destination, full of Arizona weekenders and salty sport fisherman alike, but still quality and worth the wait. This fish counter sells fresh and imported super high grade filets, oysters, and fries up lunch plates in the back. Don’t sleep on the house smoked fish counter and Mrs. Kelly’s tartar sauce is the stuff of dreams for kids who grew up in the 619. Pro Tip: tap into your inner Midtown at Rush Hour super powers and walk through the crowd right up to the counter- there’s no line and folks will just kinda stand in a clump waiting for somebody to flag them down. Their hesitation is your reward- the New York way.

Get that combo plate to go because we’re taking it next door to the waterfront location of Eppig Brewing.

San Diego was an early adopter of the “satellite tap room”, and this Vista- based brewery opened up a tiny and super charming tap room right on the harbor, looking out at a sea of sailboats and seagulls (watch out for the gulls, they know no fear of man or beast).

Killer classic-style lagers, a fantastic Kolsch-style, and clean, dry, and resinous WCIPAs- the way it was intended. Next up: we’re sticking to the water and headed up to coast to the (in)famous Pacfic Beach.

A brewery a Beersmith would instantly call home- a wide array of music-inspired beer and great tunes blasting out from the second floor of a strip mall with ocean views, right in the heart of Pacific Beach. Hippies, Marines, beachcombers, and retired punks sit side by side drinking fantastic WCIPA and some cool experimental brews plus a killer kitchen. The music will be very loud- God Bless.

Next-up, we’re heading inland to visit one of the true OGs, and maybe the brewery most influential for me… 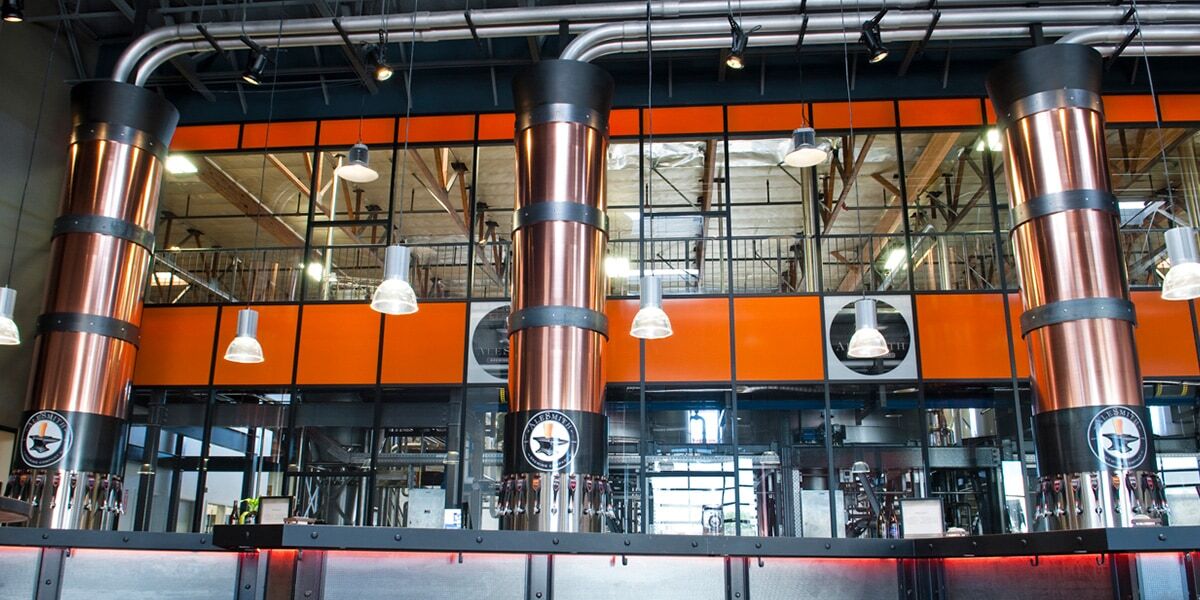 We’ll be capping off the first half of our oceanside Odyssey with my personal favorite brewery of all time- the venerable AleSmith Brewing Company. Founded in 1995, these are true San Diego OGs, and in my oh-so humble opinion, one of the pound-for-pound best breweries in the world. They started in a now famous industrial park space (a very San Diego thing), and in 2015 moved into a colossal 100k sqft space that now houses all production for AleSmith as well as US production for Mikkeller.
AleSmith does it all- outstanding Belgian strong ales, one of the first truly “Hypey” imperial stouts, the famed “Speedway Stout”, a fantastic lagering program, and as a lifelong Padres fan- the GOAT “.394 Pale Ale”, a tribute to San Diego’s own Tony Gwynn. If you’re a baseball nerd, they even went so far as to build a museum to San Diego’s most famous athlete ever, right inside the tap room.
Their space is absolutely massive, and they claim to now have SD’s biggest tap room, and it is indeed cavernous. Food trucks abound, you’re in the thick of a massive concentration of other tap rooms to try out, and last but certainly not least- they have an official collab partnership with Sublime. You can take me out of Southern California, but you can’t take (all of) the SoCal out of me. “Guilty” pleasures, light on the guilt.
Tune in next time when we talk cocktails, North Park, and the topic for which I reserve all my true passion: proper San Diego style burritos. There will be hot takes.
Cheers!Dan Bronson