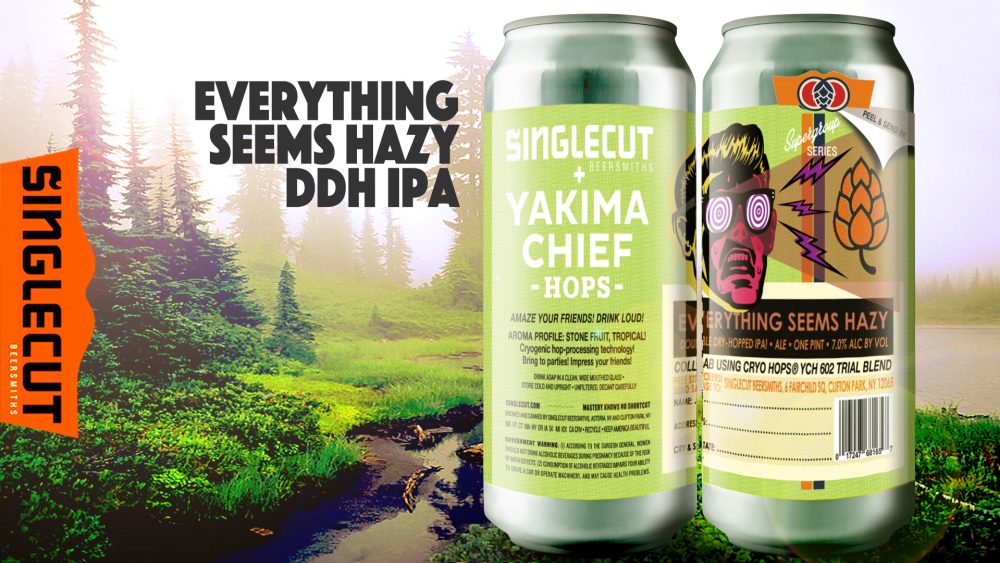 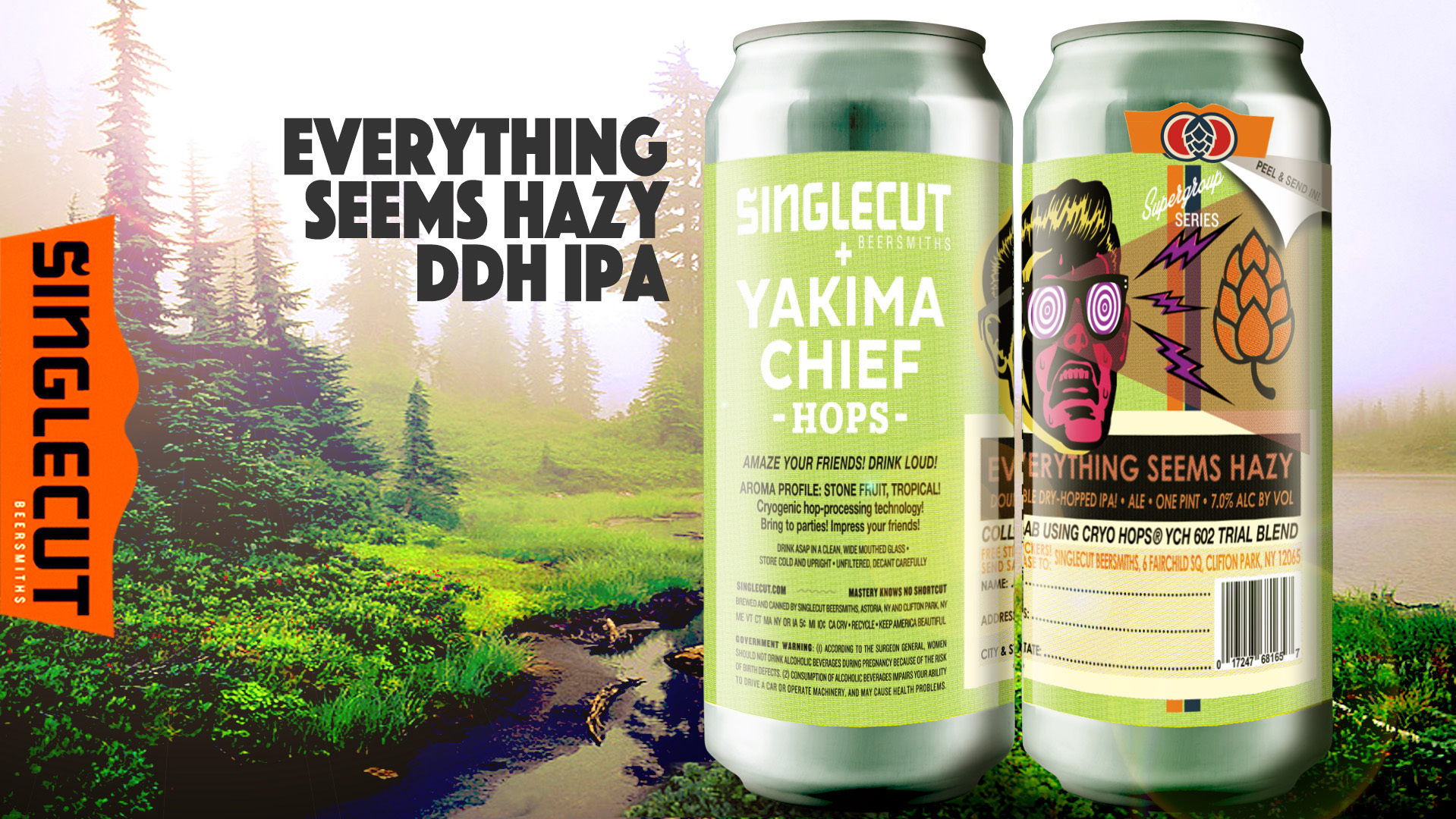 Fire was kindled, the atom got split, but today we stand on the precipice of true scientific discovery: the hoppier hop.

The mad scientist farmers at Yakima Chief Hops have dared to push the lupulin limits of sanity, and returned from their psychonautic trip with the dankest keef in creation: Cryo Pop Hops.

Their newest blend of freeze dried hop powders, known as “Experimental Batch 602”, or more simply as “Mango Pop”, takes only the most aroma and oil packed parts of the hop cone, and through their proprietary system, sifts it down so only the most immensely aromatic particles makes it through.

And they were kind enough to let us to be their test monkeys.

The end result? Part 2 of one of the most sensational IPA series we’ve ever done:

Everything Seems Hazy V2  //   DDH IPA with Cryo Pop Exp. Batch 602 //  7%   //  SMELL INTO THE FUTURE with dazzling Cryo Pop technology! Yakima Chief Hop’s Cryo Pop 602 Trial Blend is next on the experimental docket- a baffling wave of ripe mango, electric grapefruit, honey-dipped pineapple, juicy white grape, then a crash of dank resin, fresh lime rind and a long deep linger of the unknown. This SuperGroup Collab is only available for a limited time, so act fast, or live to regret it.