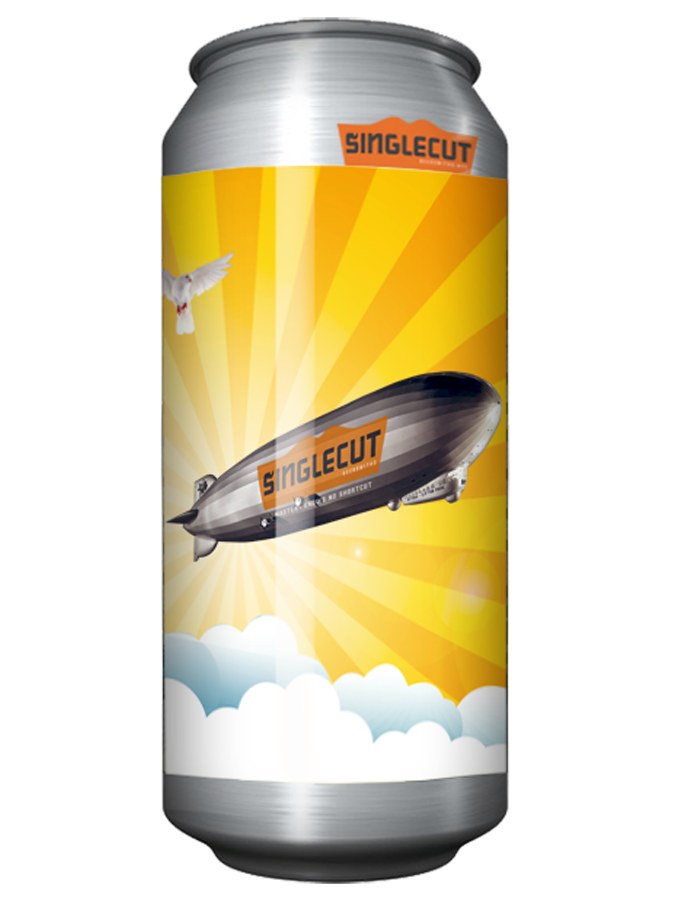 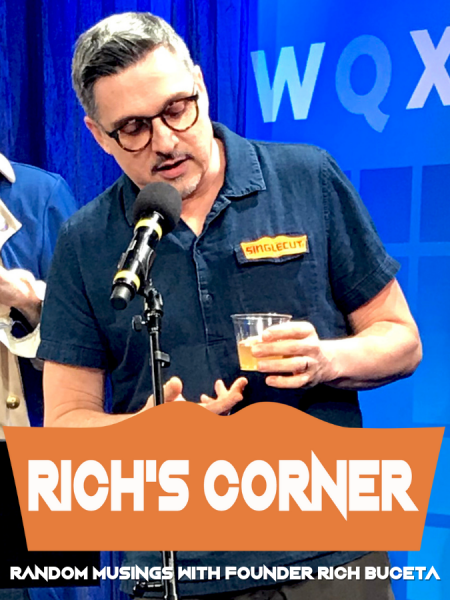 “WHO DOES THOSE LABELS?”
by Dan Bronson // SINGLECUT GM

SOMETIMES YOU CAN JUDGE THE BOOK BY THE COVER

Aside from “Who’s Rulpsen?”, there’s one question that’s been asked of us more than any other over our nearly 10 years of brewing: “Who Does Those Labels?” Easy enough for us, our very own Rich Buceta, Founder and Chief Creative Officer of SingleCut Beersmiths, has been churning out hit after hit since our inception. Rich has offered to give us a peek behind the Wizard’s curtain for this edition of SingleCulture.

Obviously your artwork is inspired by the music that you love and grew up on- what’s are some of the influential record covers that sparked your love for design?

Generally the work of English design house Hypgnosis were my absolute favorites, they did the iconic covers for Pink Floyd, Led Zep, UFO and many others. 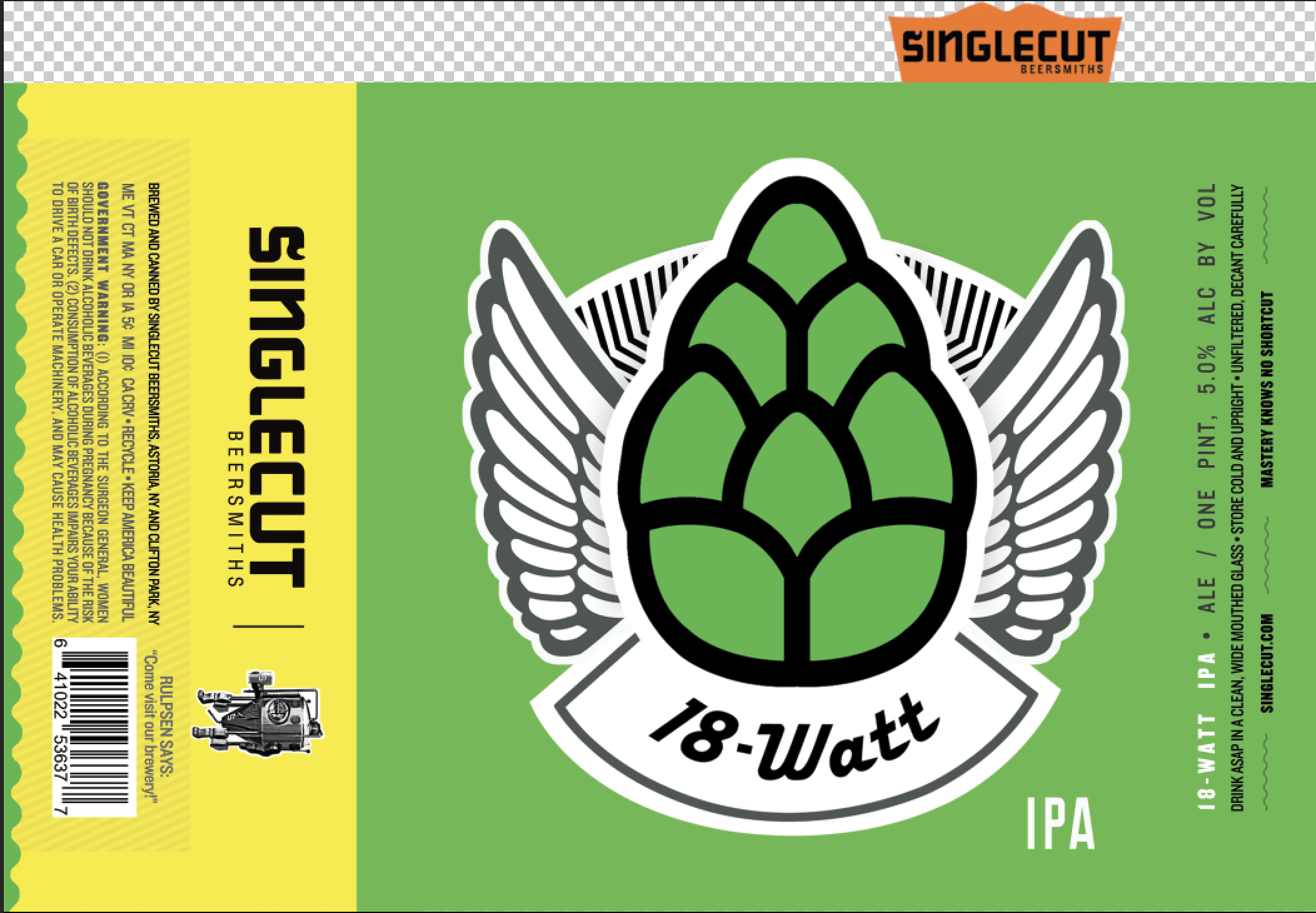 How do you use the your label art to tell people a story about the beer?

The process starts with the name, which as I imagine most SingleCut customers know, relates to something Rock oriented. Then I think of a visual hook to payoff that name. I like to treat the visual as something that will not only entice the viewer, but also create curiosity. The payoff is then reading the name of the beer which reveals the direction of the graphics. 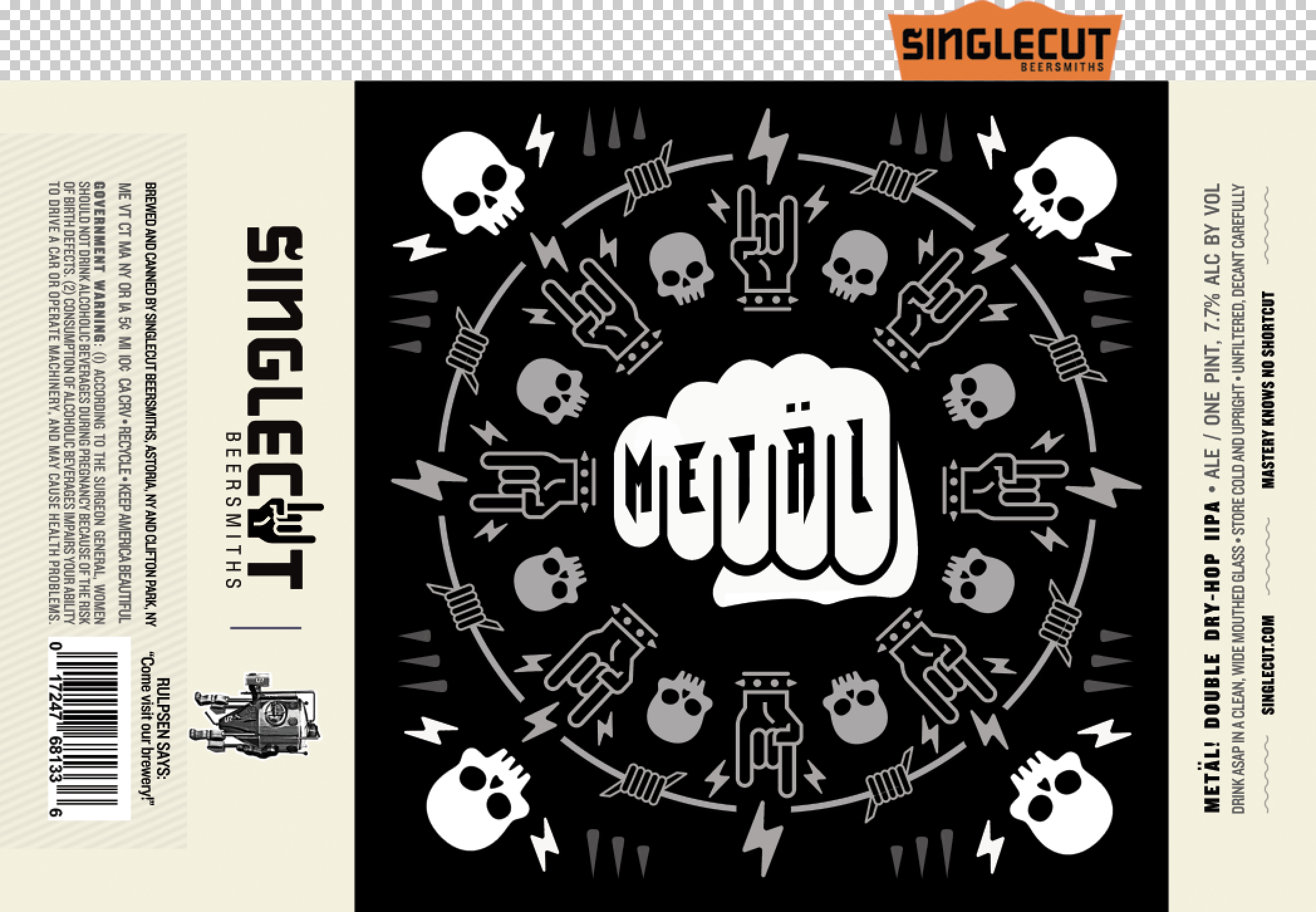 What’s your favorite label you’ve made so far? Has there ever been a piece you considered to be “done” and didn’t want to revisit?

While I have many that I’m very proud of, truthfully I feel like I’m really starting to hit my stride now after nearly 10 years of working on these. There’s no substitute for evolution and that comes with time and experience. 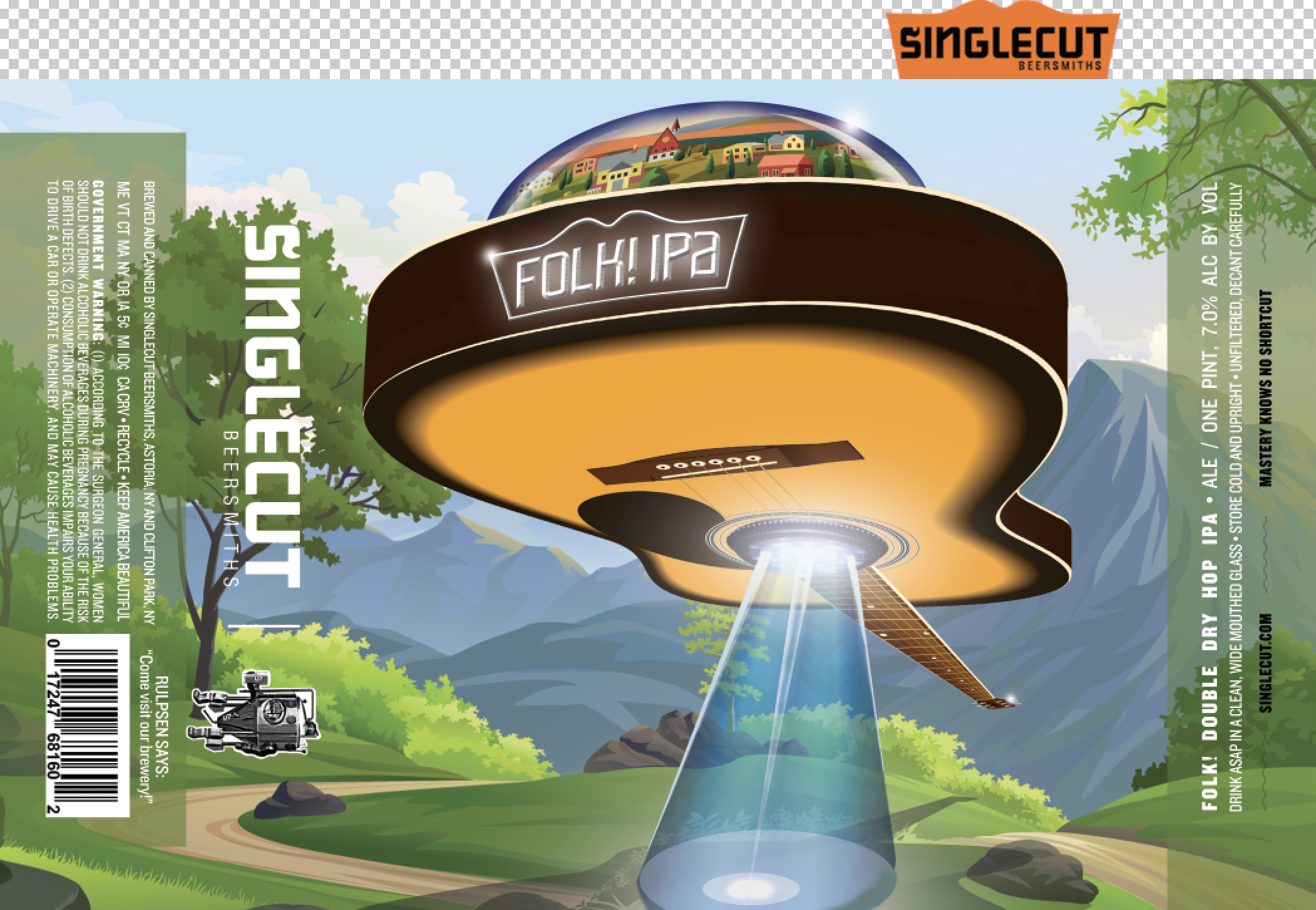 There’s so many cool easter eggs hidden in some of the label art- was there a hidden message that maybe we missed?

Ha, no nothing like that, but maybe that’s an idea for a future label! Sometimes I like to tweak Rulpsen to further pay off of the theme. 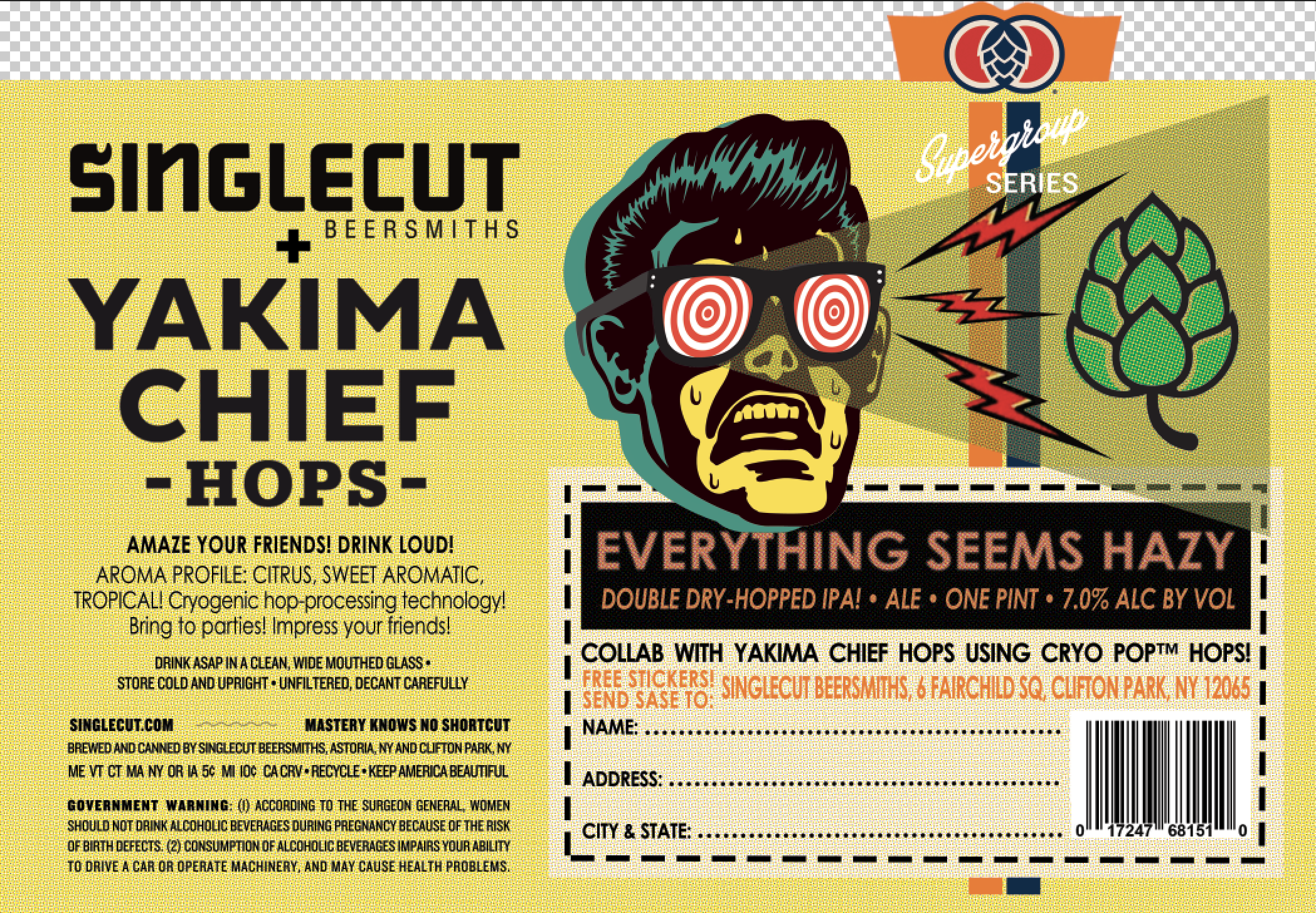 Secret’s Out: “THE STARSHIP” is coming back to Wegmans this Spring. In addition to that IPA being a killer classic, it features one of the most iconic SingleCut labels- how did you come up with the “sticker label” concept?

Velvet Underground’s iconic Andy Warhol designed cover had a banana image that was a sticker, so the idea came partially from that. 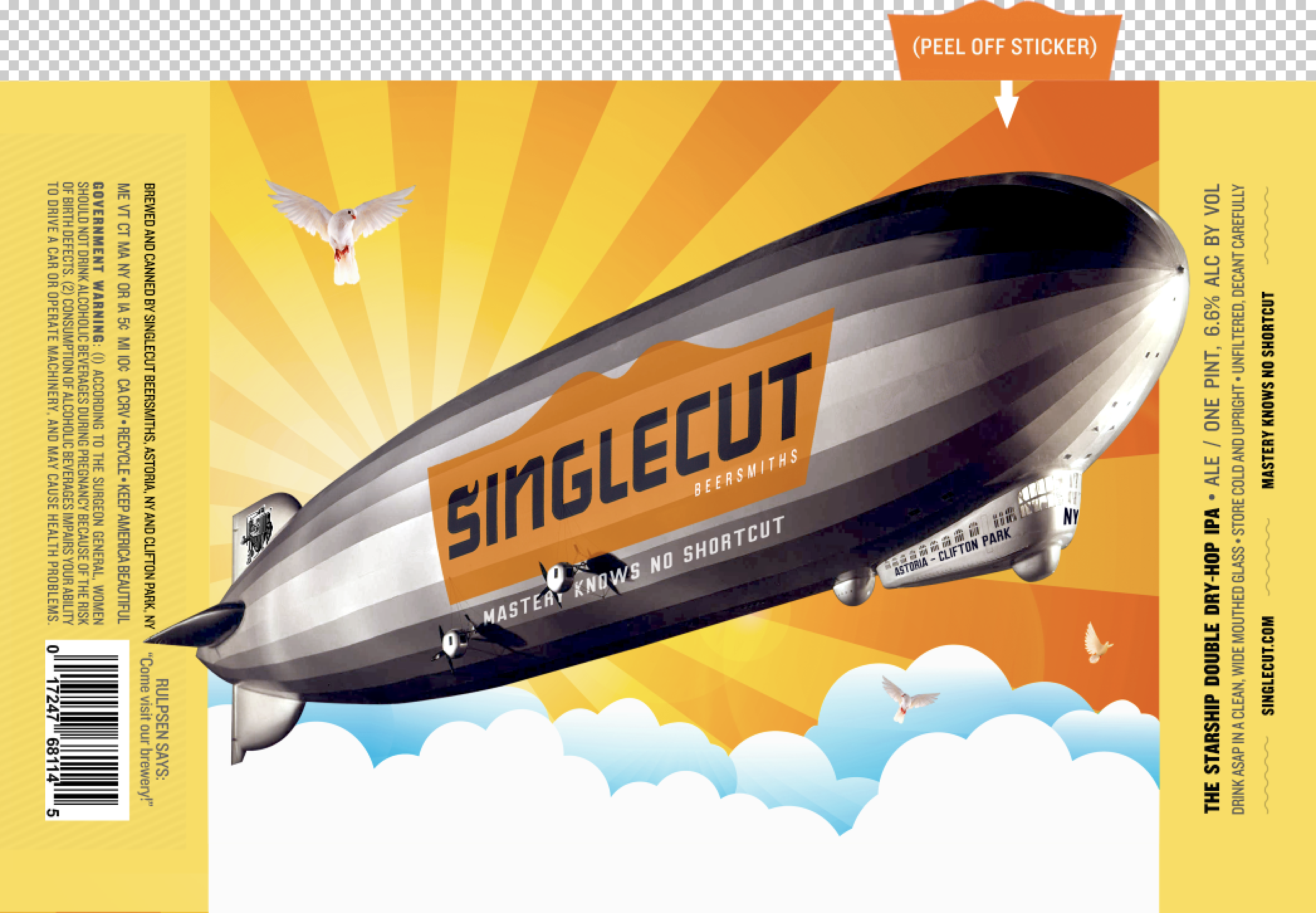 Is there anything cooking in the workshop you want to give our readers a sneak peek at?

I’ve long had an idea to have a removable iron-on tattoo as a concept, too cost-prohibitive unfortunately but I’m going to keep trying to make that work. 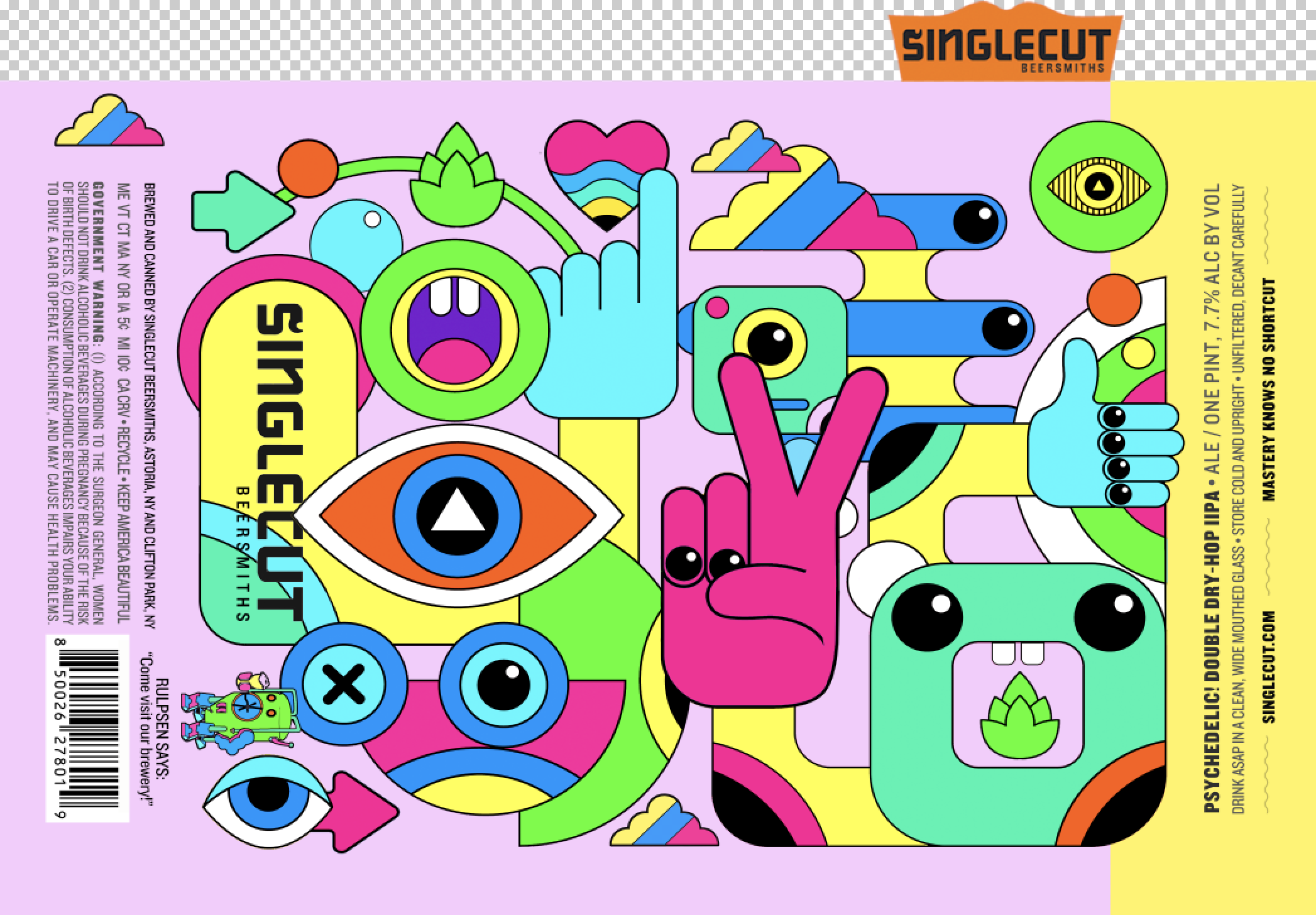