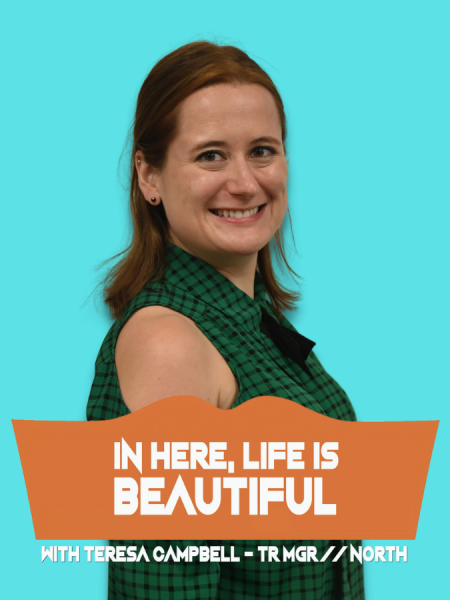 Yet, nn fact, theater and rock n’ roll have more in common than you may think. As the Tap Room Manager with a theater degree, working at the premiere rock n’ roll brewery, I am here to shine a light on this unlikely yet winning combination. There’s  a singular genre devoted to such a collaboration: the rock musical. Through the last 50 years, rock musicals have had their fingers on the pulse to the political, religious, and cultural zeitgeist. Let’s look into a few of them, and, fair warning, I cannot be held responsible for any songs that get stuck in your head as a result.

Considered by many the first rock musical, HAIR is the quintessential example of how the political can also be personal. It premiered at the Public Theater, off-Broadway, before garnering international success, and some censorship along the way. Though HAIR quotes everything from the Emancipation Proclamation to Shakespeare, it also has a fully nude scene at the end of Act I. That last part may have made the show infamous to some when taken out of context. However, I have learned more about the Vietnam War and the Bard through listening to the cast recording than I ever did in school, and its heart vastly outweighs the size of anything else on stage.

With Easter just one week away, I would be remiss if I didn’t briefly loop the religious nature of some rock musicals, with Jesus Christ Superstar being the most well-known. Sir Andrew Lloyd Weber and Tim Rice’s collaboration is a heavenly experience to some viewers, and hellish for others. Fun fact: when the 2011 revival was on Broadway, there were two other religious musicals running on the Great White Way at the Time: a revival of Godspell, and The Book of Mormon. A holy trinity, some might say?

Hedwig and the Angry Inch

John Cameron Mitchell may be gracing our screens right now as the Tiger King on Peacock, but his seminal work is the cult favorite Hedwig and the Angry Inch. Filled with dark humor, rage, and immense vulnerability; it’s no wonder she’s captured the hearts of so many. If you’re reading this in SingleCut North territory, you might have been lucky enough to catch Clifton Park native Hannah Corneau in the 2017 National Tour of Hedwig when it came to Proctors Theater. I can say with certainty that it was electrifying to see her light up the stage as Hedwig’s husband, Yitzhak, and as the title suggests, I was all too happy to “Lift Up [My] Hands”, as part of the show’s dramatic conclusion.

Bat Out of Hell

Nothing says rock n’ roll quite like pyrotechnics and motorcycles. So it makes perfect sense that this musical, the brainchild of the late Meatloaf, includes both. Though he passed away in earlier this year, his contributions to the rock musical will live on forever, from The Rocky Horror Picture Show to HAIR. Yup, Meatloaf actually got his professional start in the original west coast production of the aforementioned American Tribal Love-Rock Musical.

Any other musicals I neglected to include? Let’s chat over a beer in the North Tap Room, or, in the spirit of Tommy, over a game of pinball. Better yet, bring some vinyl of a cast recording and we can spin it at the brewery, and raise our glasses to the collaborative nature of art.