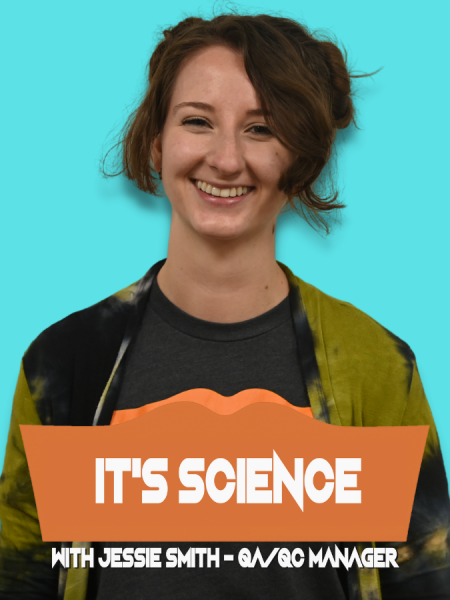 This month I’m going to touch on one of the more well-known off flavors associated with beer. Whether you pronounce it as dahy-uh-seet-l or dahy-as-i-tl, diacetyl is an unwanted guest in a finished beer.

This chemical gives off a butterscotch or popcorn butter flavor when present in beer. It’s actually the same compound that is used in microwave popcorn and is harmful when inhaled (avoid sniffing that popcorn bag straight out the microwave). If encountered in a beer, diacetyl has no ill effect on the consumer, except a ruined beer experience. Luckily for brewers, it is pretty easy to avoid.

The first tool a brewer needs to prevent diacetyl in their finished beer is patience. In addition to creating alcohol, yeast is our friend when it comes to cleaning up certain off flavors. Diacetyl is a natural component of the fermentation process, so all yeast strains will produce it in varying amounts. Through a series of chemical reactions, yeast will produce diacetyl outside of the cell and if given enough time, they will take it back up and convert it into other compounds that don’t impart off flavors. This process takes longer at lower temperatures, which is part of the reason why lager yeast needs more tank residency time.

The other tool a brewer can use to avoid diacetyl is cleanliness. While most diacetyl occurrences come from yeast, some can be the result of bacteria. Pediococcus is a bacterial strain that produces diacetyl with prolonged exposure time to beer. Most often this will show up in barrels or dirty tap lines. You’ll know if the source of diacetyl in a beer is from bacteria because there is usually a ropiness that will occur creating a seriously unpleasant mouthfeel.